The Canadian Beverage Association (CBA) and the Town of Erin concluded a successful public space recycling pilot project in 2018 that significantly increased the recovery of beverage containers in the town.

The pilot project started in October 2017 with a waste audit that assessed how well residents had been recycling in public spaces in order to establish a baseline for further comparison.

Following the waste audit, the CBA worked closely with the Town to select several types of recycling bins and strategic locations for their placement. In the summer of 2018, 87 recycling bins were provided to Erin and installed in various locations, including Main Street, Centre 2000 and McMillian Park.

With the new and additional recycling infrastructure in place, the CBA worked closely with the Town to promote the project through a social media and advertising campaign that educated residents about the importance of recycling in public spaces. 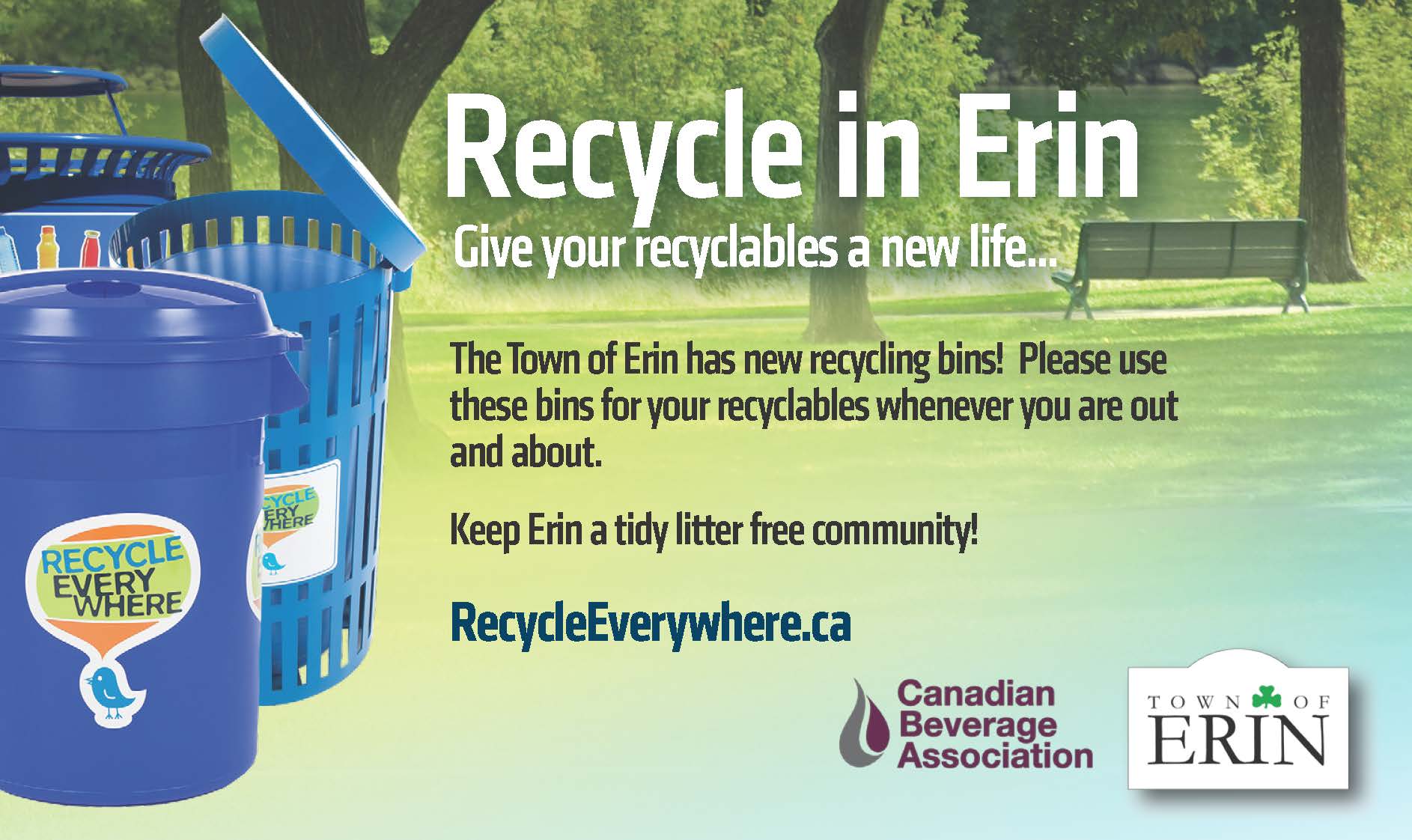 Following that promotion and education campaign, a second audit was conducted to assess the amount of recyclable material that was placed in the newly installed recycling bins.

The CBA is proud of the success of this public space recycling pilot project. It delivered on its objectives by increasing recycling and reducing litter while positioning the Town of Erin as an environmental leader.

The pilot project was modelled after the very successful Recycle Everywhere program operated by the Canadian Beverage Container Recycling Association in Manitoba. This program has increased the beverage container recovery rate in the province to roughly 70%, up from just 42% in 2010, through a combination of improving access to public space recycling bins and targeted education campaigns.

For more information about the Manitoba program, visit: RecycleEverywhere.ca 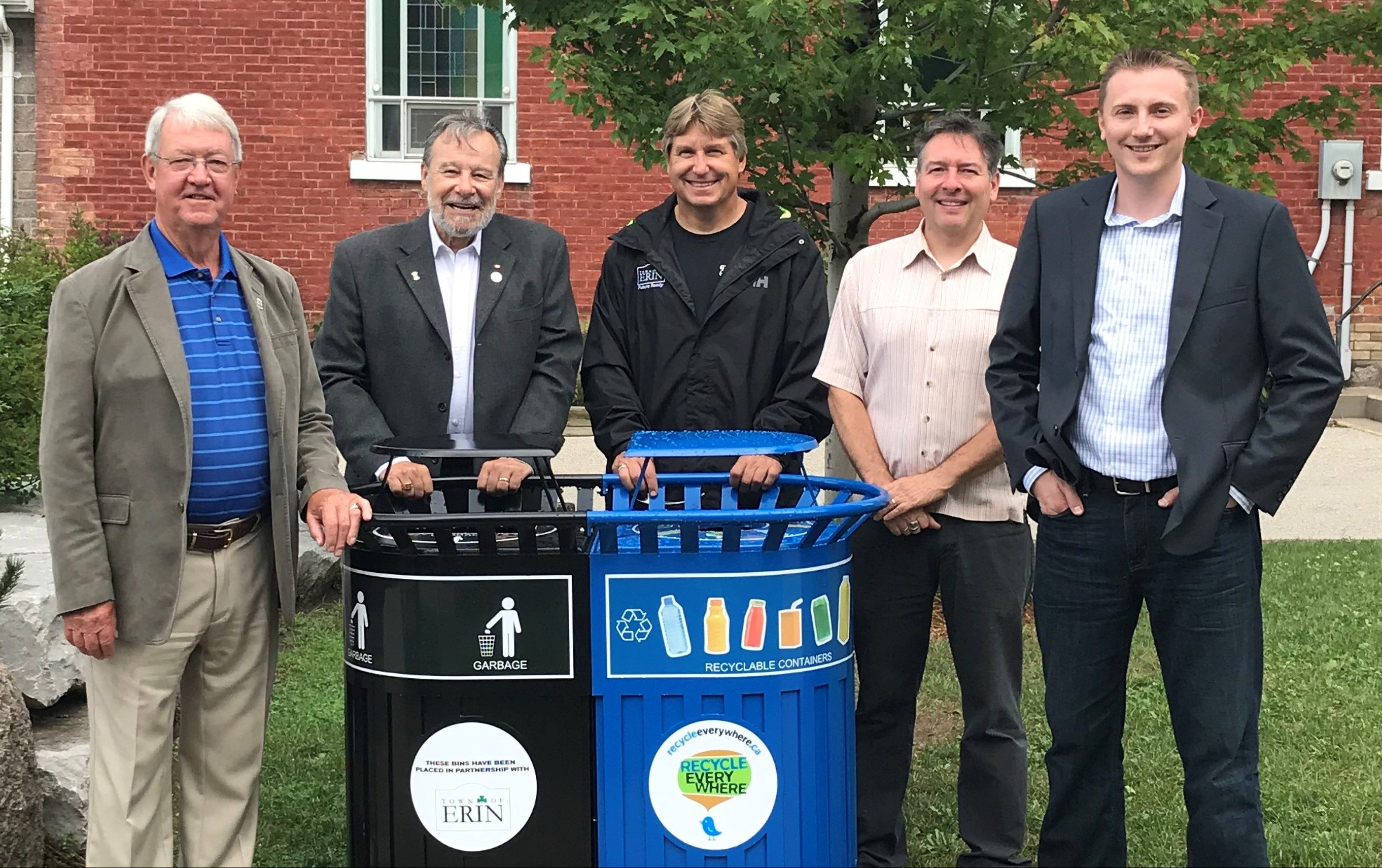